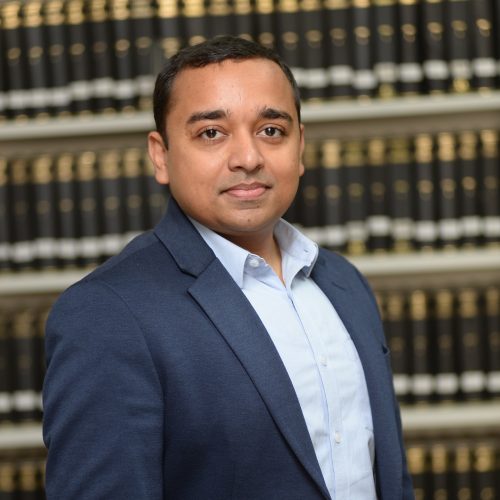 Supratim is an Associate Partner in the Corporate and Commercial Practice
Group of the Firm. He specializes in corporate and commercial transactions
such as mergers, acquisitions, joint ventures and general corporate law
advisory. Supratim has advised eminent clients in relation to information
technology laws in India including data privacy and cyber security related
issues. He has advised several clients on anti-bribery / anti-corruption law
related issues as well.
Supratim has been part of several prominent M&A transactions and
assisted domestic as well as foreign clients in structuring, drafting,
negotiating and implementing complex deals.
Supratim is a member of ASSOCHAM’s National Council for FinTech,
Digital Assets and Blockchain Technology. He has been spearheading
some of the stakeholder consultation meets / feedback sessions organised
by industry associations on the draft Personal Data Protection Bill, 2018.
Supratim has spoken at eminent forums such as Confederation of Indian
Industries (CII), the Institute of Company Secretaries in India (ICSI), etc and
has authored several articles for renowned publications. Recently, Supratim
was selected as co-editor of the American Bar Association’s section on
international laws publication, India Law News, for their data privacy and
data protection edition. Supratim has been extensively quoted in national
dailies on various legal issues. He has been a part of several panel
discussions in national conferences.